FCA Assessment of Value – what have we seen so far?

Under the FCA’s Asset Management Market Study, the final report of which was published in June 2017, the City watchdog determined that price competition is weak in a number of areas of the industry.

As a result, a raft of new regulatory measures were introduced.

The FCA Assessment of Value rules which entered into force in September 2019 require UK AFMs to:

The FCA has not provided a standard template for these reports, however, they have provided a non-exhaustive list of criteria in the COLL Sourcebook, including, quality of service, performance, management costs, economies of scale, comparable market rates, services and classes of units.

With the four-month period having lapsed for AFMs with later accounting dates, from January, we are starting to see a steady stream of value assessment publications. This was before the outbreak of COVID-19 and the FCA’s temporary reporting relief allowing for the publication of the assessment of value report within six months of an AFM’s accounting year-end rather than four. For those statements that have already been published, the resounding consensus is that the vast majority have been underwhelming.

The lack of transparency in the industry was one of the reasons the FCA introduced the value assessment. Of interest from these early reports will be whether firms have complied with the spirit of what the FCA is trying to achieve, merely the letter of the law, or neither. Due to the lack of a standard template, or guidance on how exactly the report should look, this may be difficult to conclude.

“We will do work in the first half of 2020 to understand how effectively firms have undertaken value assessments. We will seek evidence of meaningful challenge at AFM boards on proposals made by the executive – including on costs, fees and product design.” – FCA Asset Management Portfolio Letter.

With the FCA initially due to undertake a review of the assessments in the first half of the year, what trends will they see in the early publications?

It may come as a surprise, but some firms have admitting to underperformance. Whilst the manner and detail in which they divulge this information widely varies, one consistent phrase amongst the underperformers is that they all are going to “continue to monitor” the performance. This seems like the bare minimum of what you would be expect firms to be doing.

Whilst firms have admitting underperformance, we’ve seen some surprising conclusions on the overall value offered. One firm, despite the majority of their funds underperforming against their relative sector, and the admission that its structures resulted in “higher fees”, concluded that their funds either “demonstrated” or “represented” value for investors. This is perhaps a perfect example of firms acting within the letter of the law but not the spirit the FCA intended.

“Funds offered to retail investors in the UK do not consistently deliver good value, frequently due to failure to identify and manage conflicts of interest.” – FCA Asset Management Portfolio Letter

It would be naive to have expected firms across the board to admit to failures in delivering value, however, those willing to admit the need to improve value and taking corrective actions to enhance the value offered may be seen in a better light than those attempting to pull the wool over investors’ eyes. “Failing” the assessment of value does not necessarily need to be perceived in a negative light, provided the asset manager is willing to take corrective action.

One of the earlier publishers of the value statement lowered the fees of five investment funds to offer better value – this honest assessment should be championed by investors not only because of the lower fees, but also for the higher standard of fund governance displayed.

Further corrective action stemming from the fact the value assessment is conducted at a share class level, is that thousands of investors have been transferred from higher costs legacy share classes. This move, likely to be replicated across the industry, has seen investors moved into “clean share classes” that were introduced in response to the 2013 Retail Distribution Review.

Transparency and accessibility of information

In terms of how and where firms are publishing the report, whilst many have designated sections on their websites for their value statements or have the location of the report well signposted, some firms require a deep dive into their website to locate the document. Others have opted to provide the statement in the middle of an Annual report.

The requirements merely state that the report be “made available to the public”, and allows for the assessment to be made available in the fund’s annual report or in a separate document. However, providing the reports in difficult to find locations is once again, not within the spirit of the regulations and only fuels suggestions of something to hide.

In terms of readability and coherence, some assessments were tougher reads than others, both in terms of narrative-heavy reporting and unfriendly formatting. Effective communication to improve consumer choice and decision-making is something the FCA have aimed to achieve. Striking the right balance between an informative assessment and information overload certainly seems to have been a major challenge faced by many managers.

On the contrary to heavy text laden reports, others looked like a school homework completed last minute just before class was due to start – a few sentences barely providing any relevant information, barely considering the FCA criteria. A copy and paste job for each scheme with the names changed.

A nice feature, which does seem to achieve the FCA’s aspiration for simpler customer communication, but which doesn’t seem to have been utilised in too many reports, is the use of “RAG” dashboards summarising the outcome of the review against the seven assessment criteria set by the FCA, clearly identifying the performance of the funds.

One issue with those that have used RAG dashboards is that it is not always clear what that amber icon represents – Some firms provided a better definition, “fund provides value but merits some action or further monitoring”, whilst others merely stated “fair”. Does that mean performance is not great but it’s okay? Or does it mean that attention is required? Or does it act as an early warning that performance might be going off-track? If firms are to use RAG dashboards, due to the generally intuitive nature of them, they must take the time to clarify what each RAG rating means and not use it as a tool to twist the interpretations of the KPIs. Furthermore, if firms are giving an honest assessment, then perhaps red should not be avoided like the plague.

Another approach has seen the use of a pass/fail scorecard of simple but effective ticks and crosses. Where the results highlighted factors that need to be addressed, additional analysis and reasoning was provided in a separate section.

You can forgive those that got their formatting slightly wrong or others that used 78 pages when 8 succinct pages would have sufficed, or even those that made it slightly more difficult to find the report than others. But to not even address the FCA 7 criteria when completing the report goes beyond reprieve – unlike the lack of standard template or commentary from the FCA on how to compile the report, the 7 FCA criteria are the one thing that is in black and white and should have as a minimum been considered in the report.

Over the coming weeks and months, we will see further reports published. Although the consensus from the early releases seems to be that of resounding disappointment, the assessment has already led to material changes which have benefited investors, including, the lowering of fees, the closure of legacy RDR shareclasses and in many cases, improved transparency.

It will be interesting to see how the FCA scrutinises the assessments during their follow up work and what best practices are emphasised.

Whether or not the Assessment of Value reports becomes a valuable tool to retail investors remains to be seen. However, if the assessments focus asset managers and their iNEDs into considering the value they are offering and corrective action is taken in instances where they are not, it will have served its purpose.

Hopefully, once the regulations have had time to mature and the FCA provide feedback, we will see less headlines stating “Fund Hails Good Value Despite Underperformance” in the future. 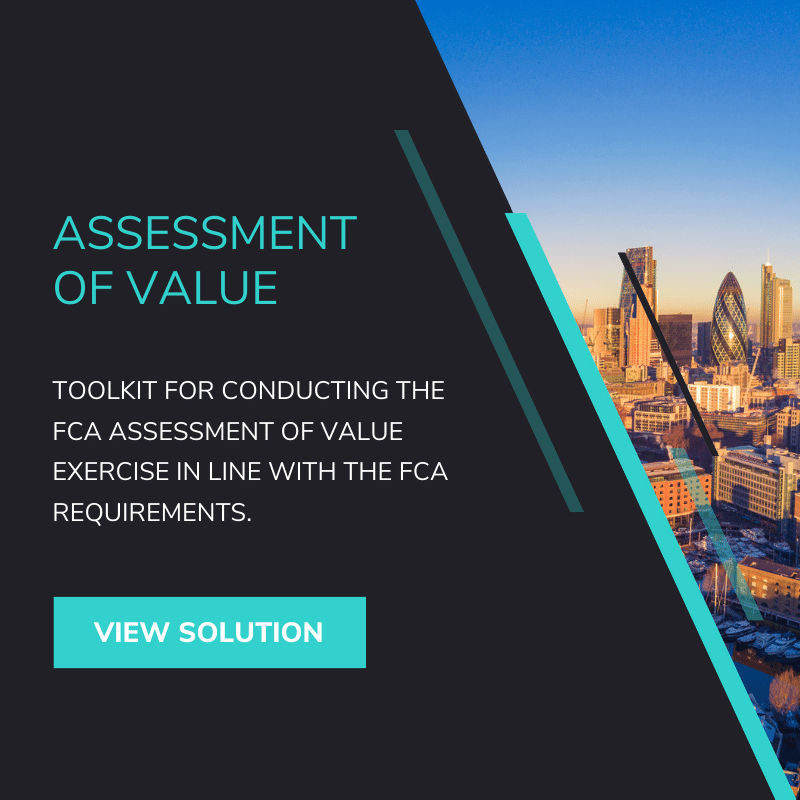 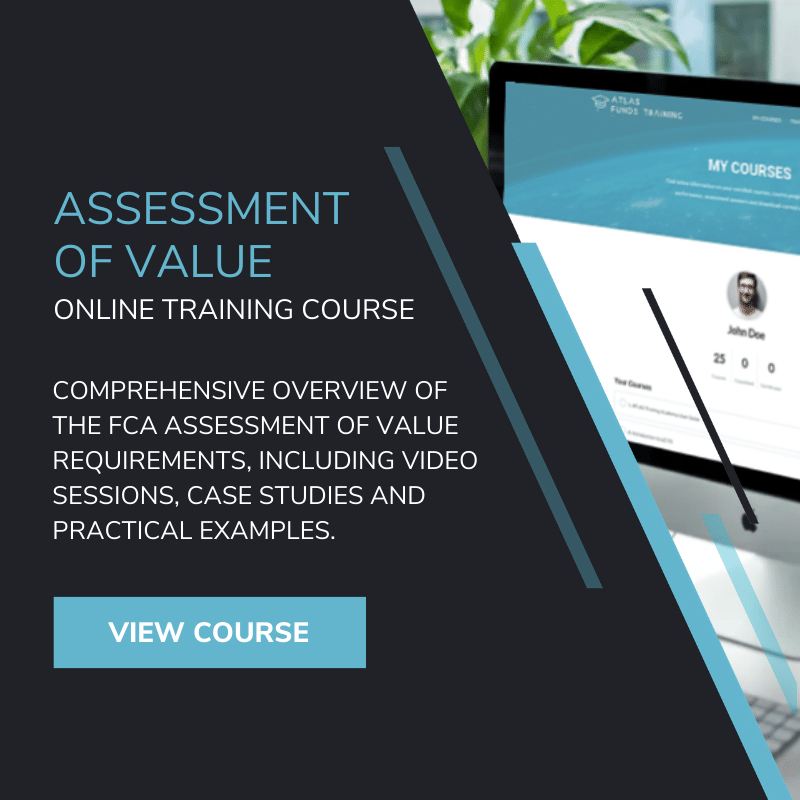