Ignorance is not bliss – a timely reminder that derivatives ARE included!

Yesterday, the Financial Conduct Authority (FCA) fined a Hong Kong hedge fund just over £870,000 for failing to disclosure its net short position in Premier Oil Plc. This is the first time the FCA has taken enforcement action for a breach of the SSR.

Asia Research and Capital Management Ltd (ARCM) agreed to resolve the matter and qualified for a 30% discount under the FCA’s executive settlement procedures. Were it not for this discount, the FCA would have imposed a financial penalty of £1,247,312.25 on ARCM.

The fine is a timely reminder of the importance of understanding the correct rules in jurisdictions across the globe, in particular, as with where ARCM fell short, in establishing and tracking which securities are deemed in scope for short selling.

In the EU, the Short Selling Regulation (SSR) imposes obligations on all market participants trading in financial instruments for which the Authority is the relevant competent authority, wherever they are domiciled or established.

The SSR applies to any transferable security such as shares. It also states that a short position includes a transaction related to a share which gives the effect of conferring a financial advantage on the person entering into it in the event of a decrease in the price of the share. This would include derivatives such as equity swaps and contracts for difference relating to shares which replicate the effects of a short sale of the share itself. This is in contrast to regimes in non-EU jurisdictions which often exclude derivatives, in particular, cash settled derivatives.

Where a market participant holds a net short position in a share admitted to trading on any trading venue in the EU, it has the following obligations:

NB. ESMA currently has measures in place requiring holders of net short positions to notify the relevant national competent authority (NCA) if the position reaches or exceeds 0.1% of the issued share capital. The measure applies from 18 September 2020 for a period of three months. 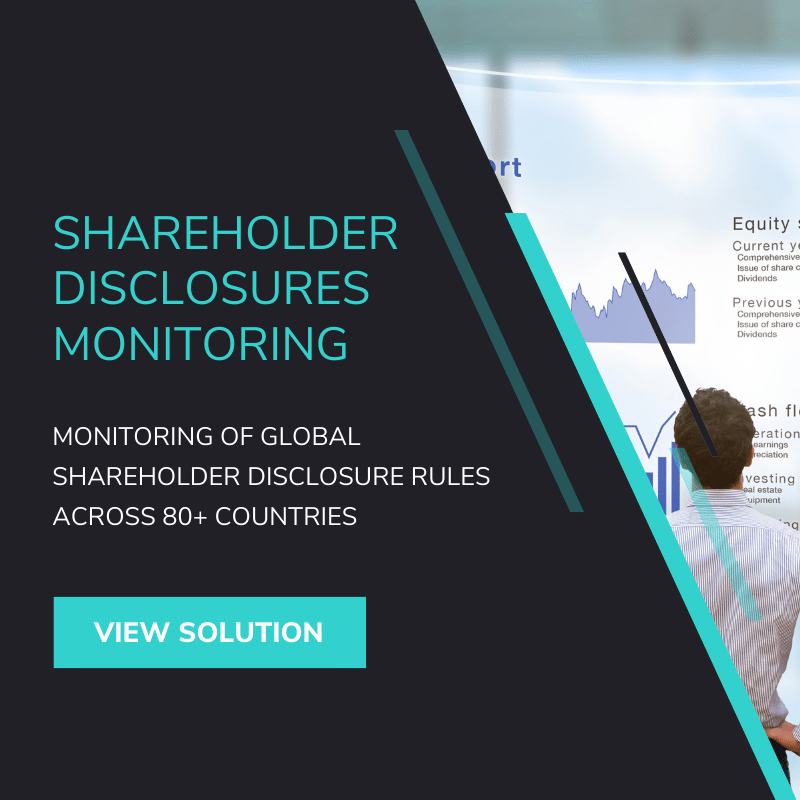